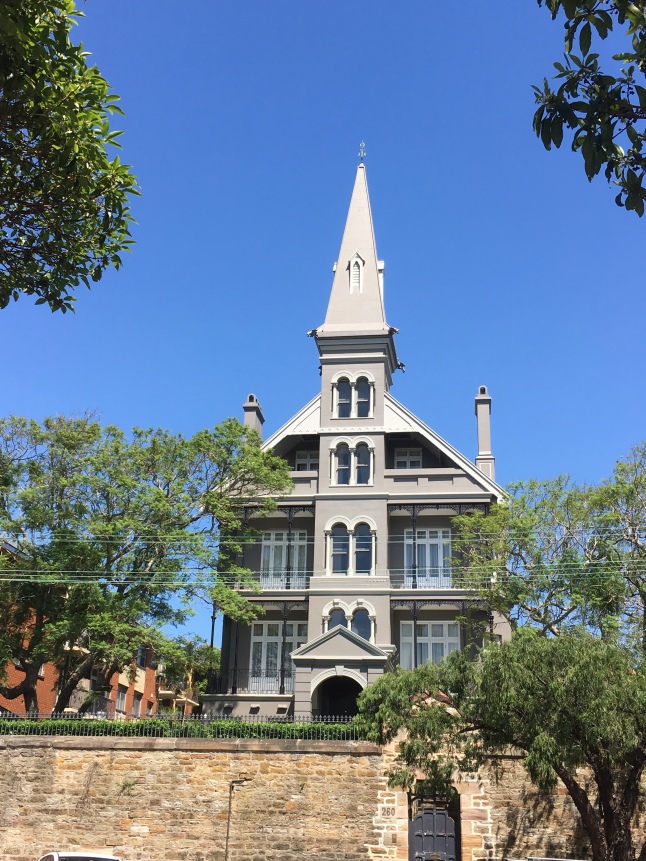 WRITING Through the wardrobe

SAYING farewell to students and teachers and other staff who are leaving the school.

PERFORMING a surprise teachers Christmas dance for the students (we felt like rockstars!)

SEEING some old pals at our Christmas party

SKETCHING a witch’s house at Annandale

PUTTING up the Christmas decorations at last

School is done for the year and I’m thinking of the kids I won’t see again in the playground, gone off to other schools and even other countries.  And I’m hoping that next year  we keep the easy rapport, the banter, the in-jokes that have developed this year with the ones that remain.  And I’m thinking of the messages in the cards and the worries of the kids over who will teach them next year, or the year after, and who they will play with now their best friend is gone, and wondering how it will all work out, and knowing that it will.

And I’m thinking of our Narnia project – the scenes brought to life in miniature, in paper and cardboard, the wardrobes, the forests, the lampposts, the beaver’s house complete with washing on the line and even a moon on a paper scroll that moved when you turned it.  Of Tori and Quentin stamping shards of snowflakes out of white and grey paper and carefully arranging them in drifts through the wardrobe.  And Milos making rows of Narnian trees standing upright on folded cardboard stands and Brendan and Barnaby cutting a forest as they chatted and coloured and worked out how to make it all work without the roll of sticky tape sitting on my desk.  And the origami girls folding tiny squares into boxes that were piled up into chest of drawers (because there would be one near the wardrobe in that room in that house).  And how they made me mini chatterboxes too and boxes to sit them in and a flat white giraffe to stick on the side of my computer screen across from a lonely gecko left over from last term.

And I’m remembering how on the last day, they lay down in front of the whiteboard with cushions from the corner and rugs from home and made headrests out of old tote trays and lay and watched in a big clump of nine and ten year olds, as the story they had read appeared on the screen.  And how Evan and Kyle N slipped back to their desks to draw while they watched, as they always liked to do.

And that last week, Freddy and Aiden loved to clean, moving canvases and shelves and wiping out the dust that had blown in all year and coated the window sills and the backs of the computers and the spaces around their trays.  And we emptied out their trays and pulled out the shelves and it was just like Christmas!  Finding the homework book that had got lost a term ago, the book of Times tables and too many pencils to even count.

And how we listened to a flurry of one minute speeches on anything they liked which meant we heard about War and Memes, Scams, their cat, their dog, Soccer, the Life Cycle of Frogs and even Porridge .

And how every morning they would come into the classroom before the bell rang to stand about and chat and show me things and just generally hang out together, so when school started most of them were already inside.

And wondering if I’ll ever meet a nicer bunch of kids.

It is the end of the calendar year, and in Australia, the end of the school year too.  The last week or so has been filled with lots of “special” and “fun” events.  But these occasions have also been felt as changes to routine and the end of predictable patterns that a lot of children hold dear.  Some children reverted to behaviour that I thought we were past, interesting quirks returned and lots of kids were tired and emotional.  I chatted to some colleagues about it – my class was not unique.

Believe it or not, some kids like school.  They crave the stability, predictability, the safe environment, that for some of them, unfortunately, is only to be found at school.  The idea of long summer holidays, away from their classmates, teachers and school community, fills them with nothing short of dread.

After a particularly exasperating morning, I called a class meeting.

“How is everyone feeling?” I asked, “Hands up if you worried about anything.”

A few hands went up.  Then a few more.

“What are you worried about?”

Then it all came out.

Next year.  What if I’m not with my friends?  Who’ll be in my class?  Who will my teacher be?  Homework!  Naplan! (Is this really what eight year olds should be thinking about?)  What if my teacher doesn’t know about me? (Special chair, special sticker chart, special chats, special expectations).  What if I can’t do the work?  Who are you teaching?  Will we have you again?

I told them teachers were feeling the same way too.  Who will be in my class!  (They laughed at that).  What grade will I be teaching?  And for some – Do I have a job?

Then we remembered how we felt at the beginning of this year and how things have changed since then.  The friends we have made.  The things that seemed so hard that now seem easy.  How if we weren’t with our friends from our last class we could still play with them at lunchtime.  And we still saw our old teachers around the playground.  And we could still talk to them.  And the work wasn’t so hard we couldn’t do it.  And how we all got used to each other and what we needed.

Then we all took a deep breath and felt a little less worried.

READING The Art of Travel by Alain de Botton

WRITING Overheard… In the playground

WATCHING Rosalie Lum at a preview with Lucy. We liked it!

FAREWELLING my little people as the school year ended (for them).

SKETCHING at Milsons Point and its surrounds

WALKING and SWIMMING at the beach with Vastra and Saskia