A piece of Flash fiction for you in response to a writing prompt on Story Butter – “17th century pirates pass through a time portal and find themselves nearby a modern cruise ship. Tell us what happens next.” 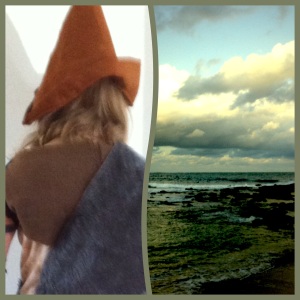 Adam opened one eye and saw the boy standing in the doorway, the door which he had opened without knocking.  He was white-faced, seemingly unaware of his transgression.  He stood waiting, already half-turning.  Adam blinked and grimaced, he supposed he would deal with this insolence later.  What could it be?  Another ship lurching recklessly across their path?  It almost wouldn’t be worth the bother.  Unless they could take the ship too…

“I’ll be right up,” he barked curtly.

The boy hesitated then left.  Adam threw back the bedclothes and swung his feet to the floor.  He stretched his arms and felt the snap in the sinews of his right shoulder.  He wouldn’t recognise himself without it now.

Coming so quickly out of sleep, the boy’s disrespect had unnerved him.  But Adam pulled on his boots, and stepping over to the window, wrenched the curtain along the rail.  And stopped.

There was nothing but white.  White?  Snow this time of year?  But then he looked down and saw the sea jade-green below, and the white rising like a wall out of it.  This was no swirling storm but a solid barrier, rising higher than he could see.

More urgent knocking at his door.

“I’m coming!” he roared and threw his belt around his waist.  Adam opened the door and followed the boy up the stairs, his hands kneading the leather scabbard as he went.  They burst out onto the deck into the glare of the summer sun.  Adam blinked, blinded temporarily, then saw the whole crew lining the port side of the ship in front of the white wall.  When they heard him, they turned their faces, slack-jawed toward him.  He was irritated but also deeply fearful.  What had made these hard men look like that?

The boy was babbling, “It just appeared…out of nowhere.”

Adam looked up, his eyes following the line of white, up, up, surely not up some more.  But still it rose, until Adam had to throw back his head, stretching all the muscles in his neck.  This ship was colossal, it was like looking up from the base of a cliff.  It dwarfed them, how could that be?  He could make out the tiny silhouettes of people looking down.  Looking down at them and… waving?  They were waving down at them as if they were in some insignificant dingy, not the Black Revenge.  He dropped his gaze to see where the monster ended.  There, in the distance, he could just make out the indifferent blue of the sky outlining the edge of the other ship.

His first mate was at this side immediately.

Adam nodded grimly and climbed up to take the wheel.

One thought on “An unlikely encounter with the Black Revenge” 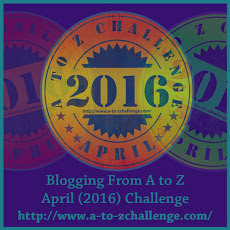 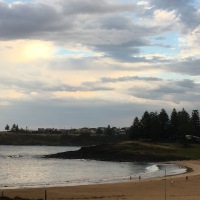 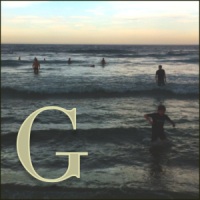 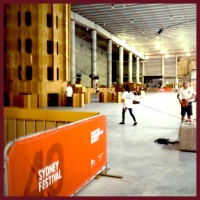